Frank Goodman writes in PureMusic.com:  "This is how it's supposed to be done. Call me old-fashioned, but for alternative country to sound good, you gots to play good. And Tony G. plays like a demon .... And he's way more than a great guitarist. He is in that select company that is operating with a deep tonal vocabulary, and a connection to the instrument that few ever know. When he bends a note, into another bent note, into another bent note, and it's all in tune and it's all in time, that's a guitar player. That's just part of it, of course; it has as much to do with his approach to harmony and pushing the country envelope, and sterling acoustic work....Tony's done way more than a host of more famous people. Ten years with X, played with Lone Justice, played on and produced a slew of great records.  Like all the greatest players will tell you, it's about seeing them live."
"Gilkyson has always been known as a fine guitarist but now he can be recognized
as an equally fine songwriter with an eye for the ironic and darkly humorous." -Los Angeles Times 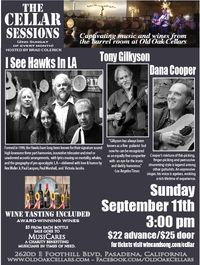 Tony Gilkyson and I See Hawks 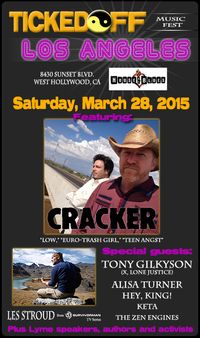 The Ticked Off Music Fest is a U.S. concert series dedicated to the prevention, awareness and cure of Lyme disease and other tick-borne illnesses that have become the fastest-growing infectious diseases in the country. - See more at: http://www.tickedoffmusicfest.com/#sthash.FvHNPZHI.dpuf 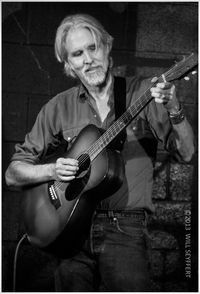 Tony Gilkyson and I See Hawks In LA

Tony will be song swapping with I See Hawks in LA. 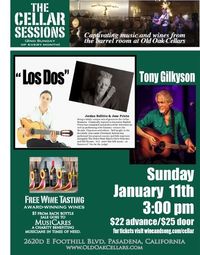 Tony will be playing an acoustic show with Gregory Boaz on stand-up bass at 3:45pm.

$5.00 from each bottle of wine sold will go to MusiCares, a charity benefiting musicians in times of need. 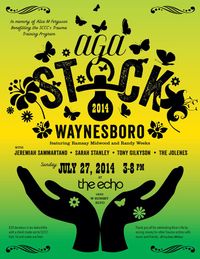 $20 If you want a tax deduction, write out a check to SCCC with "Trauma Training Program" in the memo. Thank you!!

Tony will perform at 8pm. Eliza's set will follow at 8:40pm. Tony and Eliza will finish up the evening together.

Tony Gilkyson and Band with I See Hawks opening

Tony will be performing at Live@The Library with full band.

$20 donation (all proceeds go to the artists).

Potluck desserts, coffee and soft drinks will be provided. Beer and wine will be sold to benefit the Thousand Oaks Library Foundation. Please feel free to add to the dessert table. 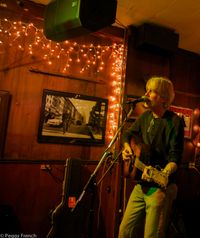 Tony and Rick Shea will be having an evening of music together. Tony's set is at 8pm, Rick's at 9pm. As the evening closes, they will share the stage with a few songs.